Massimiliano left his father’s factory. He decided to bring back to life his grandfather’s one, that was closed since more than ten years. He devoted himself entirely to the project even if many people judged it impossible. The rules, the laws and the costs seemed to be rowing against every effort. But he never gave up with tenacity and will.

Some of us have always believed in him, trusting his genius and his way of risking being always mindful; admiring him at the forefront, always keeping his tradition. He jumped together with his three Masters – today become five! – and a couple of employees. Today his Art Team reaches more than thirty collaborators.

His birthday, on March 24, 2011 was the occasion of a big party.. It was the first of others that bring us a breath of new innovations and inspirations every year. 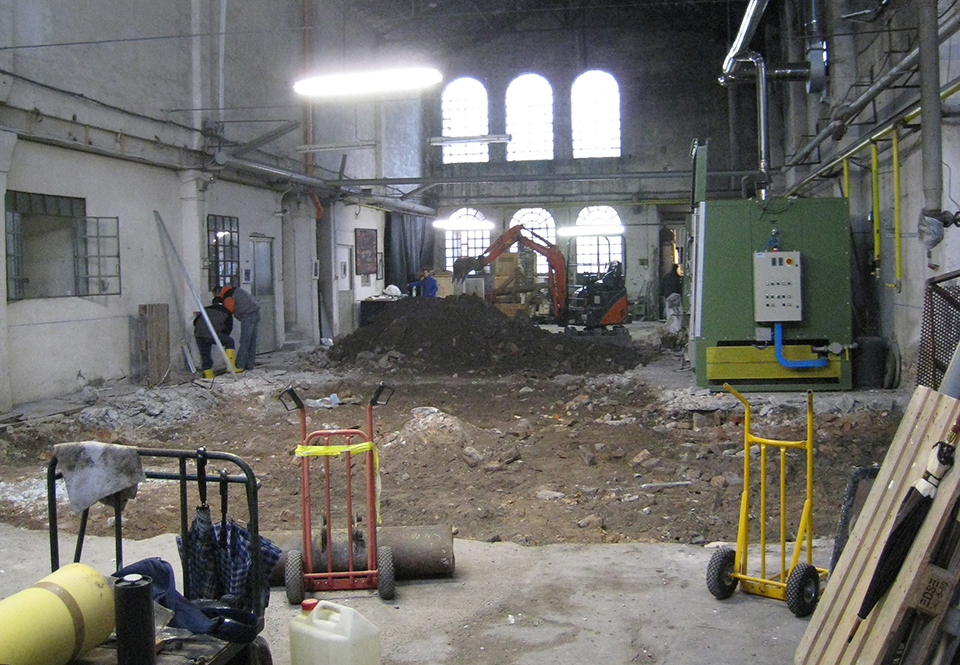 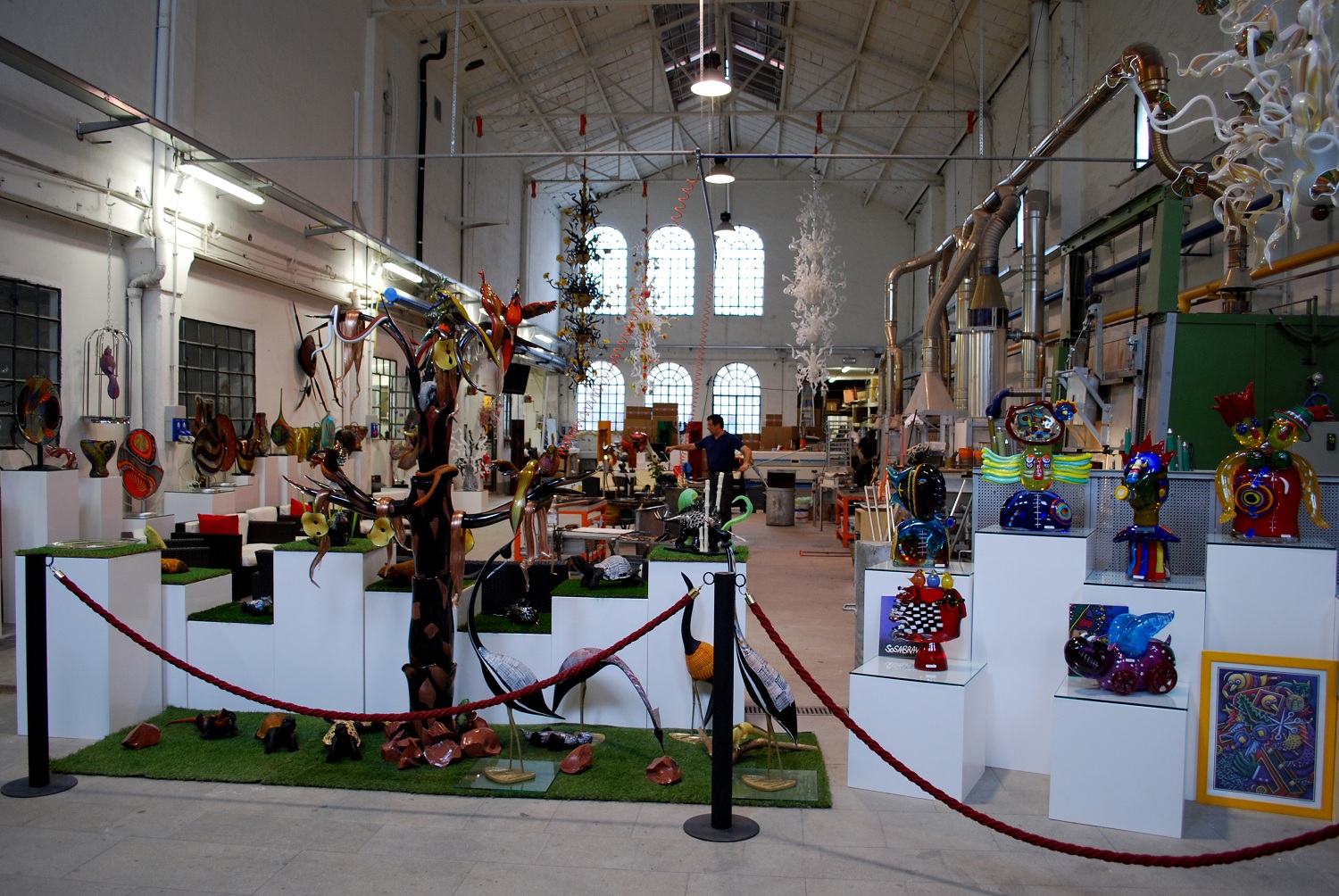 YEAR 2012 – A YEAR RICH OF SATISFACTIONS

The year 2012 is full of events and satisfactions. We love to tell the story of the unexpected visit of Rosario Fiorello, which still keeps in touch with us. He is a breath of joy and enthralling sympathy. Fiorello wanted to try how Masters feel in blowing and together with them, he transformed everything into a big laugh.

Among the satisfactions, in 2012 we printed a new book . Considering we always create the “single piece”, we do not have any catalogue. We therefore like to print photos of some of our works. Each book is an exaltation to the skill of Massimiliano Schiavon and the Masters who work with him. Each book represents part of artistic vases, some sculptures and some chandeliers. They are ideas to increase and develop.

In 2013 Massimiliano Schiavon took over as manager the Gallery in Venice, of which he was previously a member. This small and elegant showcase located between the Academy and the Peggy Guggenheim has become a gem in the city. Wooden beams and low ceilings, typically Venetian, this Gallery intrigues all, tourists and non, always exposing some pieces of relief.

In the same year: the great Opening of “Maxim Art Team”, a company based in St. Petersburg. Due to some difficulties of the big building that housed the company, we had to close three years later and transfer all works to Moscow.

It is presented a “Challenge to the Genius” . Born from a thought, then told among Masters, Massimiliano wants to try to realize a bike entirely in glass. After several adventures and misadventures, he succeeds in the goal and presents his “Number 1”, on the occasion of the annual well-known party, on March 24th.

It is also proudly displayed in Piazza San Marco, then at our Gallery in Venice, in San Vio and finally at Smart, the Gallery in Murano. Today it is only visible in photos because it is no longer available. It has certainly marked a new phase of processing. After that, in 2014, it was fused and assembled the “3 wheels”, still prominent in our Show Room and the Moto with the Sidecar: it will be exhibit in 2017 at the Portopiccolo Gallery, Sistiana Trieste.

At the end of the year, it was opened the new SMART Gallery: the name was born from the initials of the Massimiliano company. A third shop perfectly restored and located almost in front of the “Black and White”, always on the Fondamenta. The first large chandelier has been installed in a private home in Curacao, in the Netherlands Antilles. Our Staff went directly to the site, including the installation of the elevation system. A chandelier of almost 5m tall, in silk and colored glass composition. After this, other similar heights were required in Europe, in the United States, Canada and Australia. 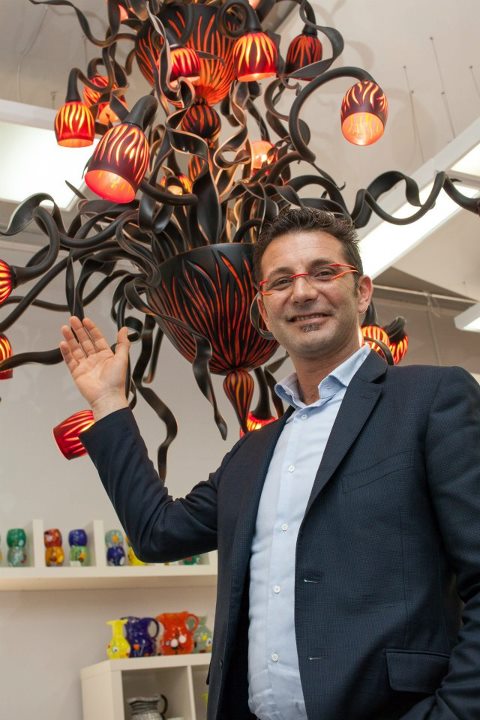 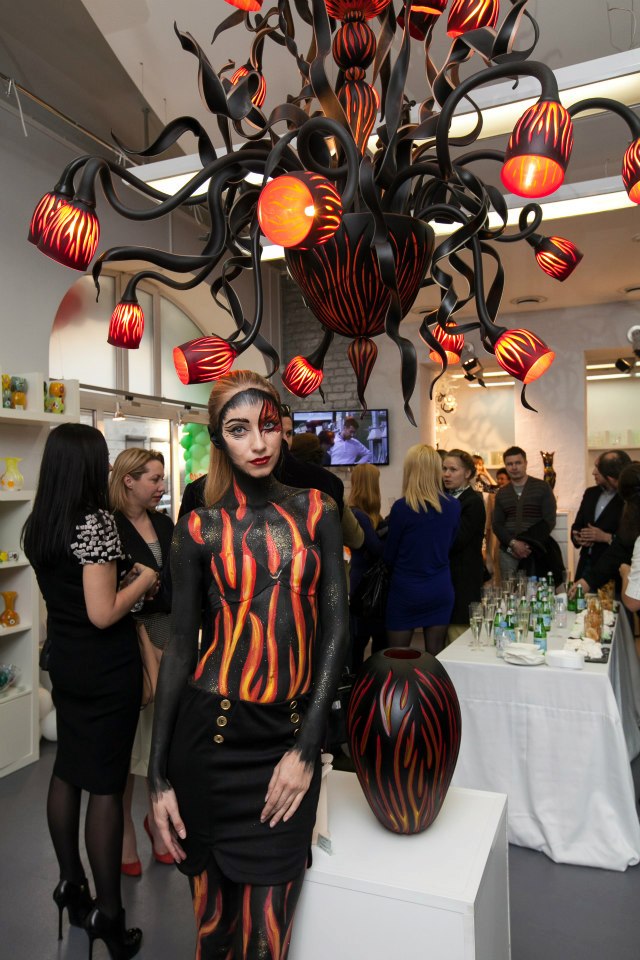 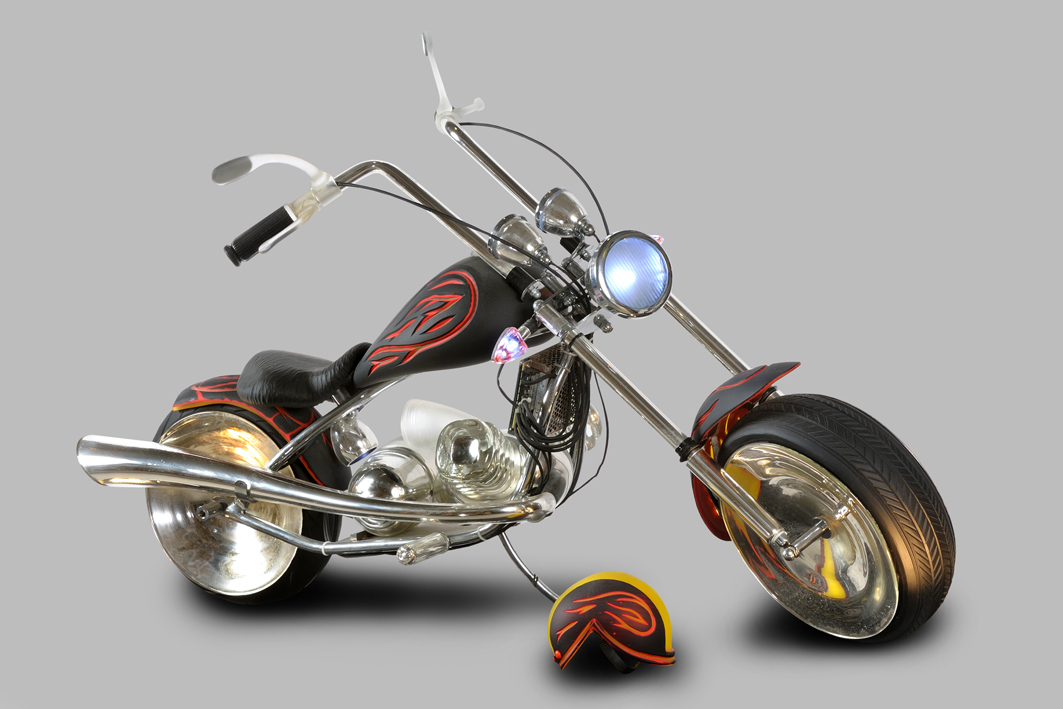 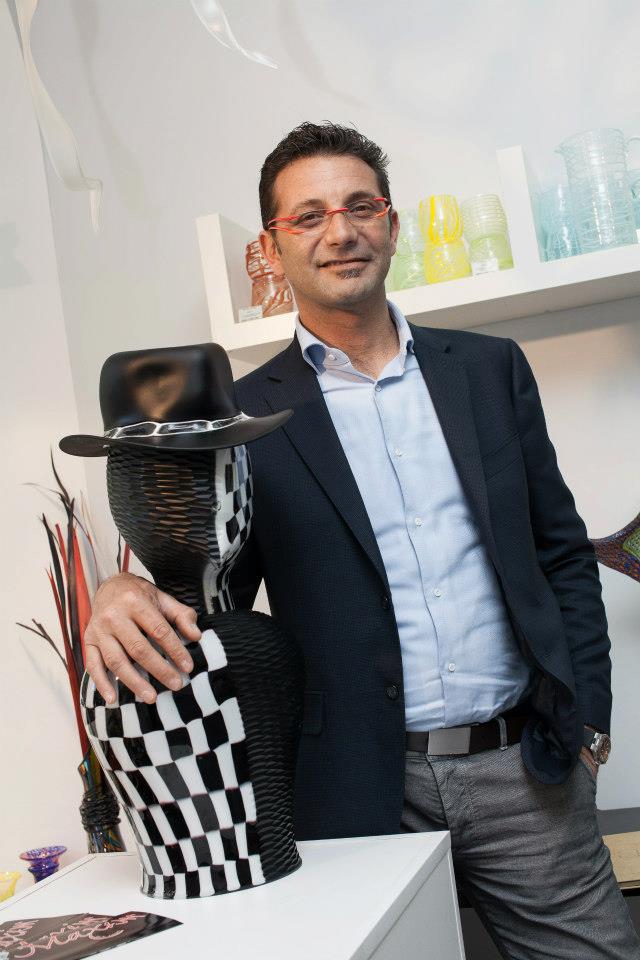 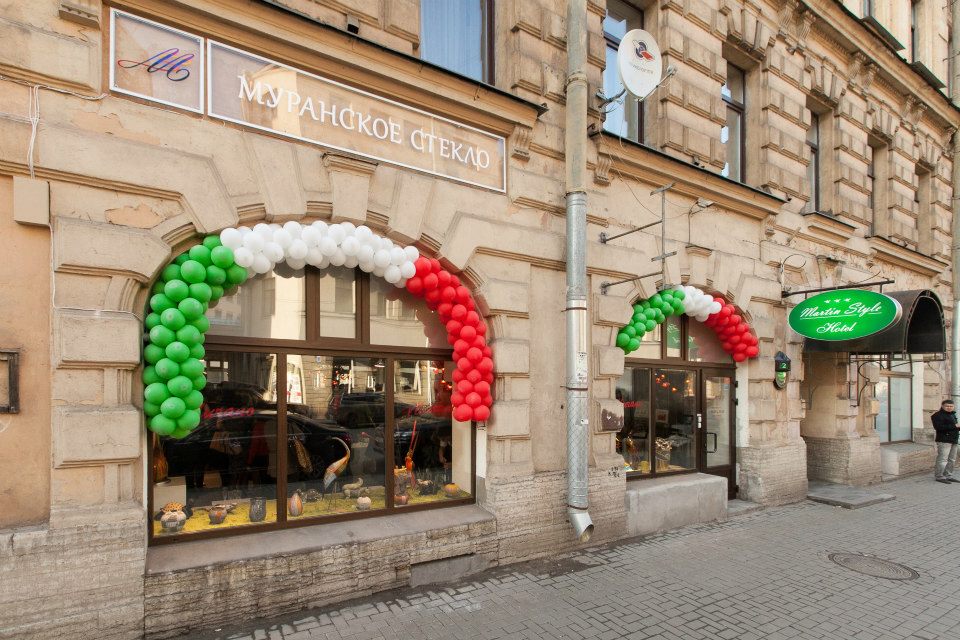 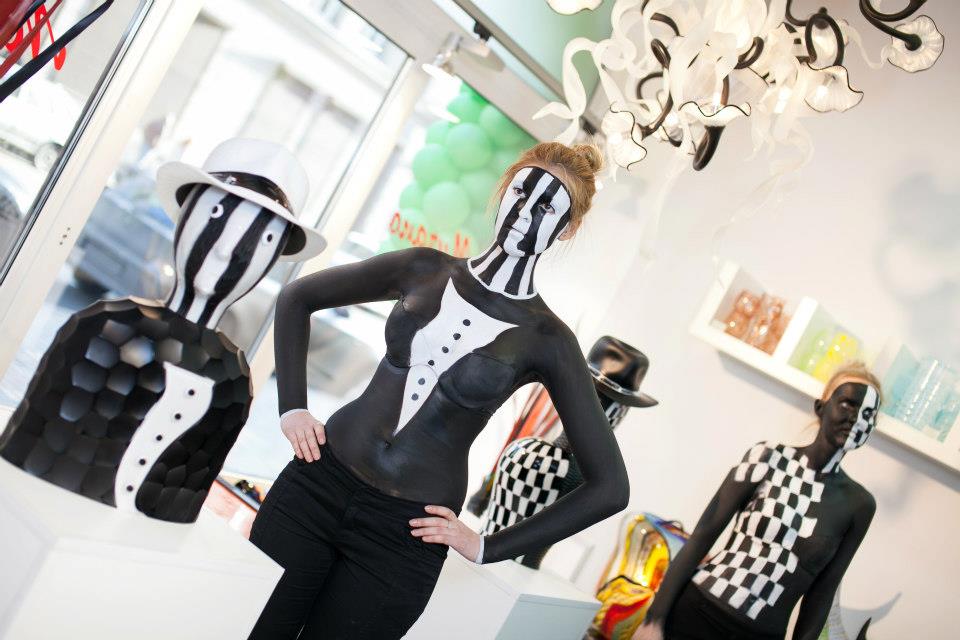 On the occasion of George Clooney’s wedding, we were commissioned by one of his friends, looking for a “special” sculpture. The idea of ​​Massimiliano is to realize a video-camera, made entirely of glass and in “Black Tribe” technique. The Masters worked hard and with great patience, proposing one of the first models of the history of photography. The gift was a success!

The Forst company creates a very nice advertisement using “animated glasses”. The Art Team does not miss the chance to be part of it.

A new book represents a new challenge. It will be printed in the beginning of 2015 with the address which is now finally the “Max’s Home”. A celebration to the skill of the Masters: series of vases, sculptures and chandeliers that come to life among the pages written in comics.

We start the collection of “Wall glass Masterpieces”. Inspired by some fusion of waste from previous productions, Massimiliano tries to give life to his first panel. He try the decoration with acrylic paints, using glass rods instead of brushes. The effect is incredible and marks another new victory. Today the “wall glass Masterpieces” go hand in hand with the artistic vases. The frames range from white wood to shiny or satin metal. Than we test of the bronze color. Starting from 2017 we have success combining several pieces of glass covering the wood. Each panel has its own LED lighting and is now recognized as a Piece of Art for customs purposes, in different destinations around the world.

In October, the great surprise of being mentioned in the New York Times, thanks to a journalist enthusiastic about us and our work. A great satisfaction! 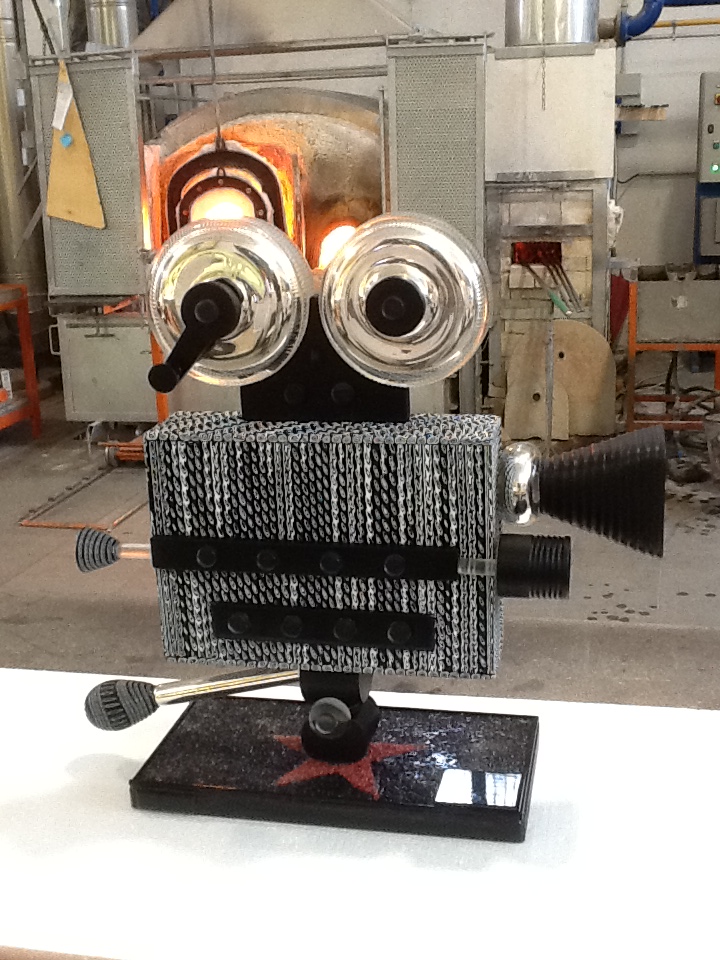 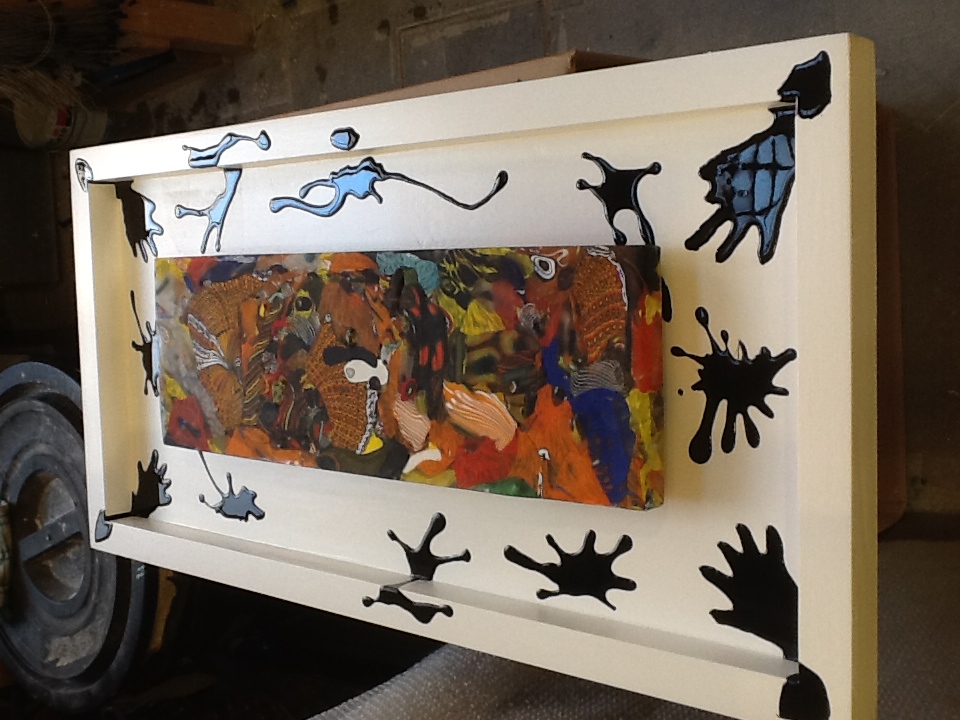 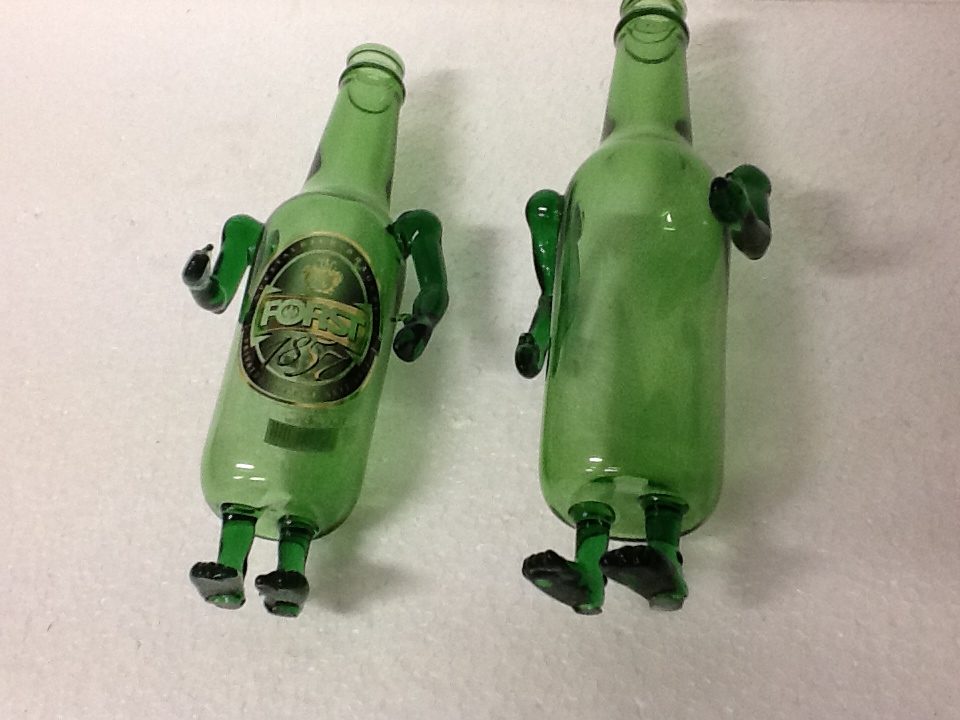 In 2015, we open a new incredible space combined with the furnace, but independent.

It is still our Show Room and exhibits more than 700sqm. The restoration is total, “earth-sky”! The big Opening was for our party on March 24th.

On the ground floor we show the three-wheeled motorbike and rich collections of artistic vases and sculptures and then going upstairs using a total glass staircase, you can visit a parade of chandeliers. Over the years there have been changes and evolutions, always presenting new challenges.

Sperimenting the fluorescent glass: today it is a great attraction.

Creating the motorbike and the sidecar.

Realizing the first glass football table. It is a result of a good collaboration with the company named Cavicchi, a prestigious Italian company that produces billiards and football tables. 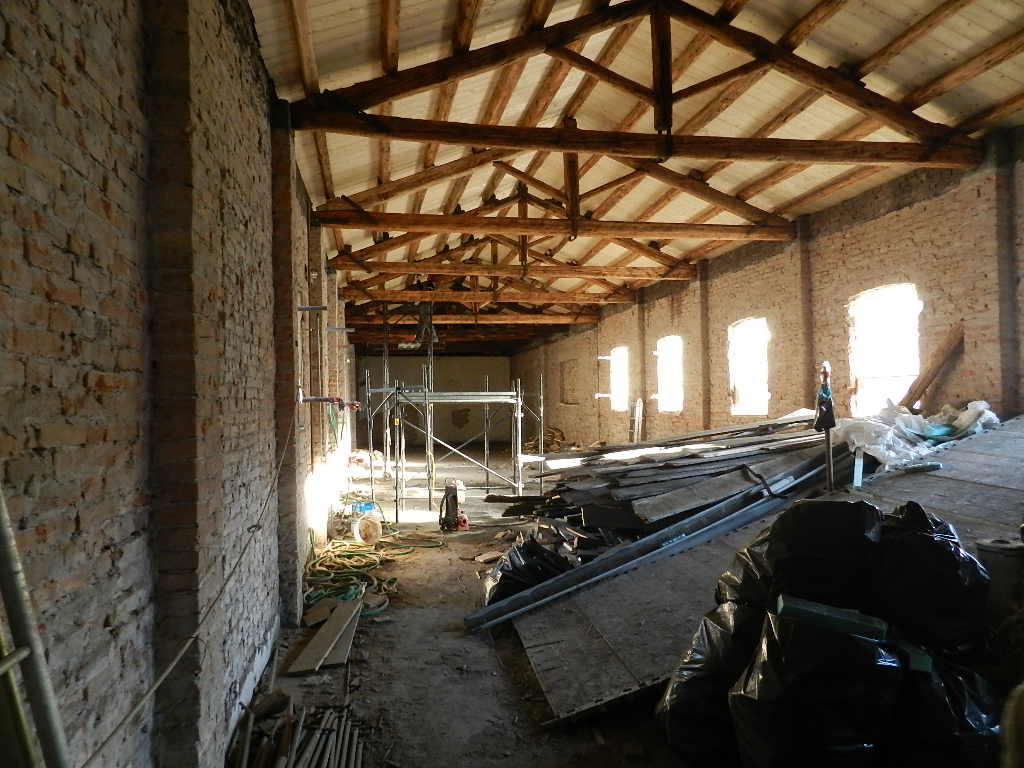 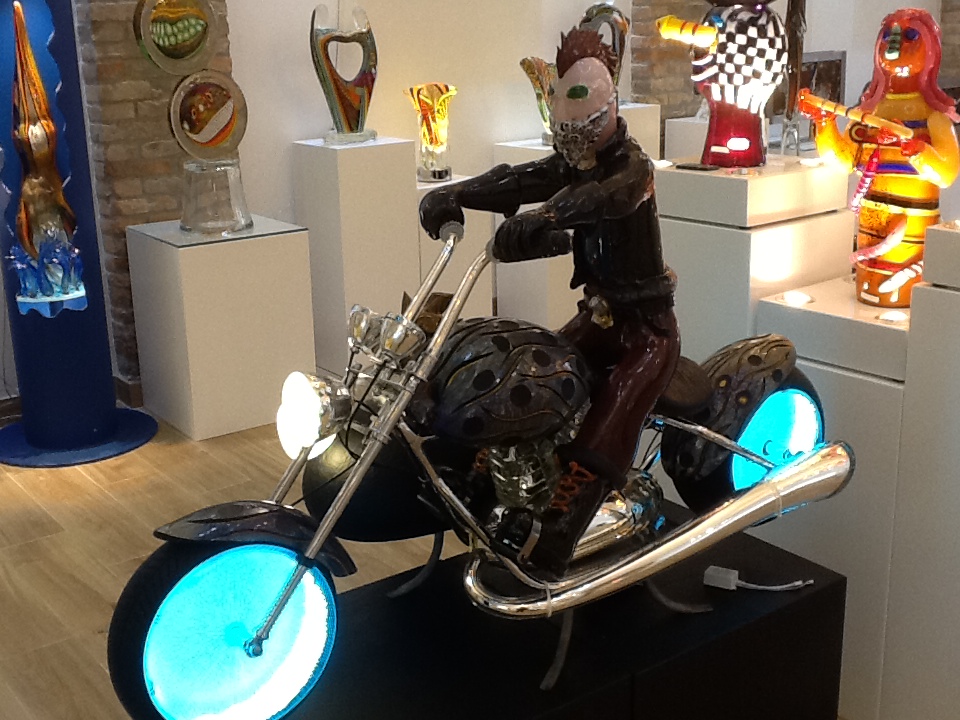 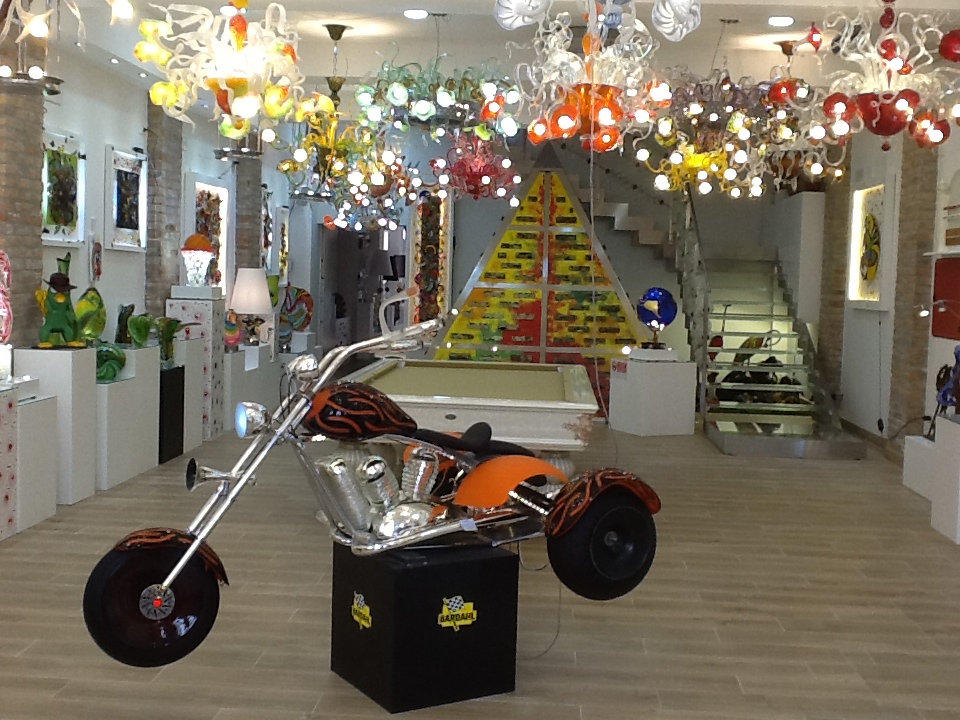 In 2016, our participation is requested to exhibit artistic glass at the Mazzoleni Gallery at Forte Village in Sardinia. Mario Mazzoleni, who believes in the talent of Massimiliano Schiavon and his whole Art Team, wanted to experiment with satisfaction, combining paintings and glass. He was reconfirming us for the second time in 2017.

During the month of March, which every year includes a novelty, we present – during the Party of the 24th – a big chandelier named “NOTEVOLE”. This name has a meaning of great work of design, fusion, grinding, electrification and assembly. It has 520 LED lights that illuminate our continuous and rich path of innovation.

The very first installation of our new RiciclArte Collection comes to life the same year.collezione RiciclArte.

A project that will include Massimiliano Schiavon and his Art Team as protagonists: initially with awards of events and sponsorships to arrive towards the end of 2017 to an idea “in large”: the creative recycling will be presented again in 2018. In May of this same year his idea of ​​recycling is used for an installation presented at the Architecture Biennale, in the Japan pavilion.

In the year 2017 finally Massimiliano Schiavon signs what is now his property. After years of searching for a space suited to his needs and aspirations, he bought a “location” of 3800sqm. A surface that alternates outdoor and indoors spaces. His tenacity distinguishes him as a great businessman. At the end of the year he manages to move with his Art Team into his new home.

Meanwhile, new projects stimulate his always fervent imagination. The request of “bespoke” is now a daily routine. His drawings range from the sculpture to the chandelier and give life to real masterpieces never thought before.

He exhibited for the second season successfully at the Mazzoleni Gallery in Forte Village, Sardinia.

Massimiliano Schiavon opens a new “window” in Portopiccolo, on the Gulf of Trieste. He participates to the Design Zone and sponsors two events, promoting himself and the idea of ​​the creative recycling.

He begins new projects in collaboration with architects and designers that will come to life in 2018. The production is definitely established in Italy and abroad for its style and uniqueness. Spanish TV, French TV, Japanese TV are talking about Massimiliano and his Art Team. Also the American newspapers write about him.

In September he attends the Venice Glass Week exhibiting a work entitled “GOLD” at the theater “La Fenice”. The first all-gold Wall Masterpiece, 180x180cm in size. After the temporary exhibition, it has been displayed in the sweet contest, rent from the Art Team, inside the Bauer Hotel in Venice.